The Design Process: From Blueprints to Finished Product

I was fortunate enough to attend a Minecraft: Education Edition training seminar this past October. I spent three days learning the ins and outs of teaching educators the best ways to implement Minecraft in their classroom. It was during this training that I had an idea. Our school had just passed a referendum to renovate our school. This would be the first major renovation to our school in almost 25 years. This renovation includes a new parking lot, new playground, new main entrance, Main Office, Media Center, Computer Lab, and the addition of a STEAM Lab. I thought it would be amazing to put our students to work re-creating our school in Minecraft.

I have seen many videos on Youtube about students creating their current school in Minecraft. I wanted to take it a step further and have our students create what our school will look like once the renovation of our school is complete. I partnered up with a Trish Evans, a teacher 6th grade teacher in our school, and we got to work.

At first, I wasn’t sure just what I was allowed to share. Students worked off drawings I had of the building that were projected onto a board at the front of the room. It was difficult to keep it from being seen at the door by other teachers so that didn’t last very long. One of the difficulties we faced early on was that I only had measurements from the architect for sections of the building that were being renovated. This meant that for two of the three floors of our interior and 90% of the exterior had to be measured manually. We sent students out in small groups for months to measure every inch of the school. Whenever someone asked the students would just respond that they were working on a geometry project. Luckily after about a month, I met with the architects and explained what we were doing. We were able to then use the plans and share them in class with students. This made (the renovated spaces) MUCH easier to work on.

If you aren’t familiar with Minecraft, each block in game is 1 meter cubed. This meant that every single measurement we had of the school would need to be converted from imperial to metric. This led to a number of challenges that I’ll get into later. Before students were able to even get in-game, they had to work on their section converting the measurements. All measurements were checked and re-checked by Mrs. Evans, their teacher.

1. One of the first challenges that students faced was converting all the measurements from Imperial to Metric. As mentioned before all blocks in the game are 1 m3. Once students learned that 1 meter equals approximately 3.28 feet, they got to work. This conversion then introduced a new challenge.

3. We decided to start with the exterior of the building, however we quickly learned that in order to keep the measurements as close in Minecraft as they were in the real world we decided the interior wouldn’t fit. If the measurements wound up being a few inches or even a foot smaller/larger in game than they were in the real world it was ok. When looking at a small section of the building, a few feet or inches wouldn’t visually throw things off too much. However, when you expand that small section to the entirety of the building then those individual instances of measurement inconsistencies started to add up. What I have seen others do for something like this is to scale up. Things in the game would be much larger but taken as a whole everything looked normal. “You” the character are 2m in height or just over 6.5’ tall. When you scale things up, it’d look like walking around the giant’s house in ‘Jack and the Beanstalk’ but overall the scale was proportionate. For our project we wanted everything to be as 1:1 as possible. We decided to do TWO buildings. One of the exterior, and one of the interior. These two buildings are contained within the same world, but in different places. This led to another challenge.

4. How would a person taking a tour of the school walk from the outside to the inside? Fortunately for us the answer finally came on 5/22. Just two days before we were set to unveil this massive project to our school. The latest update to Minecraft: EE allowed the use of command blocks. Through command blocks, I was able to script a way that once you set foot on a certain block you would instantly be teleported to the other section of the building. It was as seamless a transition as we could have hoped.

5. The other major challenge we faced was keeping the secret of the project. We really wanted this project to blow people away so we kept the secret of what we were working on for 6 months! Only three staff members in our building knew what we were doing. Myself, Mrs. Evans (the teacher of the class doing the project), and our building supervisor. Having him on board early was extremely helpful. He was able to get us measurements that weren’t on the blueprints such as heights of ceilings that would have been too dangerous for students to measure. Our own administrators including our Principal and Superintendent had no idea until we showed the entire school. I commend the students for being able to keep a secret like this from their own peers for so long. Minecraft: EE works only on Windows 10 or MacOS 10.11+ devices. Our school is a Google Suite for Education school, so students have Chromebooks. This led to us having to work entirely on this project in our Mac computer lab. Since we were using the computer lab, Mrs. Evans had to book a LOT of time in the lab which could have raised many suspicions. Lucky for her she decided to not only work on this project but another history project that she decided to utilize Minecraft for. When anyone walked into the lab, students had to flip Minecraft over to a different world and hide architectural blueprints. Unfortunately interruptions like this led to a few delays.

6. Each session we worked, I would export the Minecraft world in order to have a running list of backups. So if there were ever issues we could roll back to the prior day and start again without too much loss of work. However, two days before the project was to be finished students worked for two hours finishing a large portion of the exterior and I thought I had saved it, but unfortunately did not. When I exported the world and started to work on the teleportation system, I loaded the wrong world and overwrote what had been done earlier that day. I felt horrible, but the students gave me a good ribbing for it.

I couldn’t be prouder for what our students accomplished. Some of them had never used Minecraft before! What they were able to build, and more importantly accurately depict was nothing short of amazing. I had students wanting to stay before school, during lunch, and during recess to keep working. I would also like to thank Mrs. Evans for allowing her class to even attempt this project. Once I asked for volunteers, she was the first to raise her hand. The amount of planning she put in was astounding. Below is our finished product, and also some side by side comparison shots. 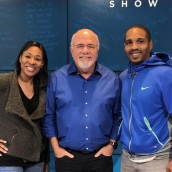 Next In Line to Lead